This is the outfit that I put on Thursday morning. It includes a pair of funny high waisted pleated trouser pants with tapered legs that I found at an estate sale for $2 that I've been wearing around lately, despite the fact that they make my butt look big: 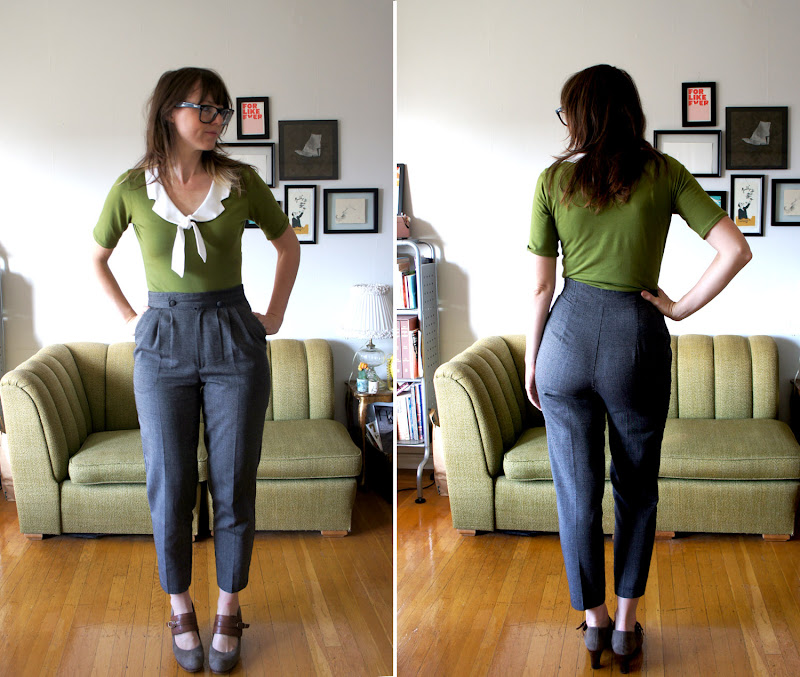 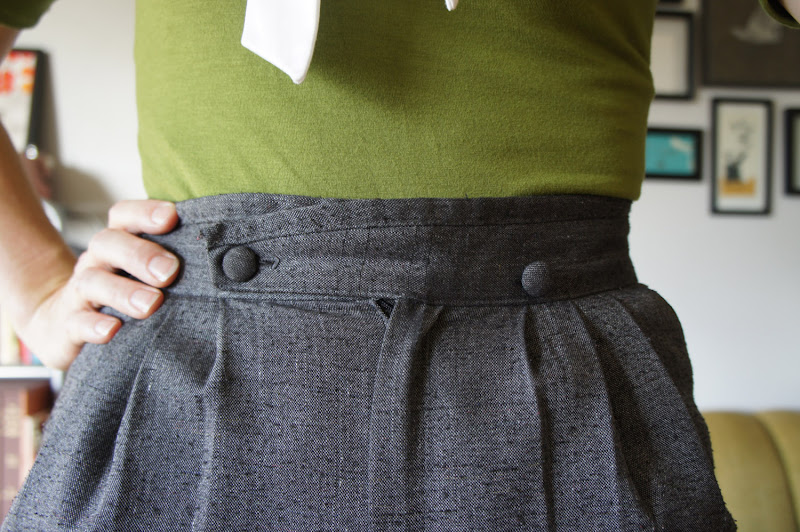 I came out of the bedroom in this ensemble, and Derek told me I looked nice and asked what I was dressing up for (he asks that pretty much any time I wear heels). I told him that I had a meeting this afternoon. Then I turned to the side, and I could see him examining the back of the pants, since from the front they are deceivingly normal looking but from the back the mom-jean-ness really comes across. I suspected he was re-evaluating his complement that I looked nice today.

"Do you think my butt looks big in these?" I asked. He looked at me like I was asking one of those questions that women ask to trick men into saying something that they will regret.

"I promise, people are wearing pleated trousers again," I told him. "Granted, I think the style right now is usually a little looser than these, but I liked them anyway because of the double buttons on the waist band, and the cropped leg ..." I trailed off because his eyes were glazing over, and I could tell that despite me trying to lecture him on current fashion trends, the only thing he could knew was that I was wearing a pair of pants outside the house that made my butt look weird. And that I was wearing them to an important meeting.

We finally agreed that this probably was the kind of outfit that I should wear when having a meeting with fashionable girls, because a dude is just going to think I'm wearing mom jeans. Which I kind of am.

I think they're awesome. But more importantly, is this your apartment? I want a tour!

oh my gosh! that is awesome. i love the part where his eyes glaze over! classic.

Kim, come over any time! I will make you tell me if the pants I am wearing make my butt look weird, though.

robin - i'll let you borrow the pants and see what christian says.

i think you look super hot in these. If I could pull them off like you do, i would wear them all the time.

I am just laughing. I love it all!